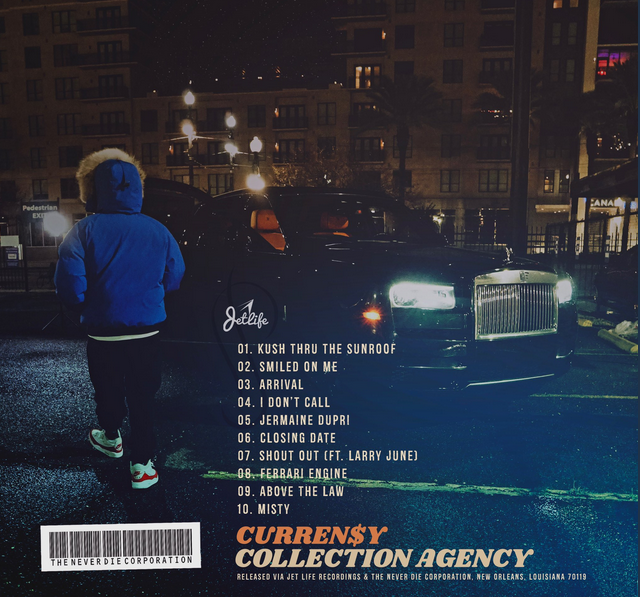 In verse one Curren$y spits

I arrived alone
I arrived stoned (Stoned)
I put that shit on (On), before I left my home (Home)
Success is my cologne, my bio work is strong (Strong)
Why majority slept, my cult following wrote it’s own (Own)
(Da-da-da, da-da-da)
Supported all my efforts, now Rolexes on my arm
Chick-fil-A lemonade, light ice, I got a blizzard in my charm (In my charm)
I don’t even need no light, you gon’ see me (You gon’ see me)
Like a motherfuckin’ IMAX 3D (IMAX 3D)
I usеd to ask my mom if I could hook my Nintendo up to her TV (To her TV)
Now I swap hеr Mercedes out, like every Christmas Eve (Like every Christmas Eve)
Find the answers in the marijuana leaf (Marijuana leaf)
I wrote a rap and bought a mansion, I was full of weed (I was full of—)

I get a sense Curren$y is talking his ish of being over looked in the industry. While he may have felt slept on his “cult” following continued to rise.

Congrats to Spitta on the release of another successful project.