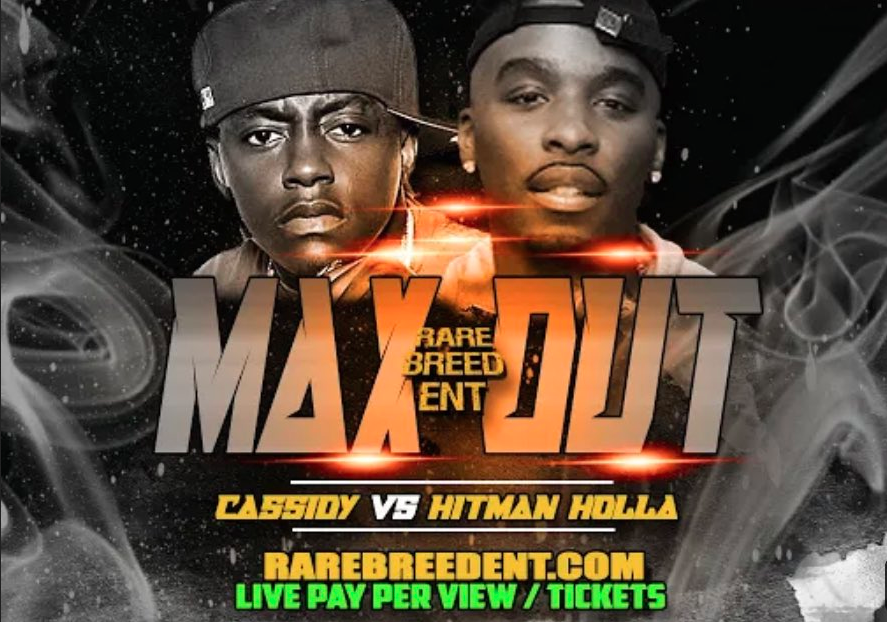 The battle rap community was sent shock waves as ARP announced RBE latest event “Max Out”. According to ARP the event will take place in Atlanta, April 3rd.

Here is ARP discussing the Max Out event in detail

I now I’m extra hyped for the event. I brought the pay-per view ahead of time.

Make sure you support the battle rap culture and head over to rarebreedent.com to buy your tickets to the event.

I wonder what ARP has up his sleeve for the rest of the card?!?!

Here is the official announcement from ARP

It looks like Hitman Holla is not waiting for Cassidy stellar “promo game”. Hitman decided to strike first bringing up Cassidy battle with Arsonal.

If you watched any of Cassidy previous battle than you know he is God Tier with his promo. So I doubt he takes that jab by Hitman Holla. More details are soon to come!