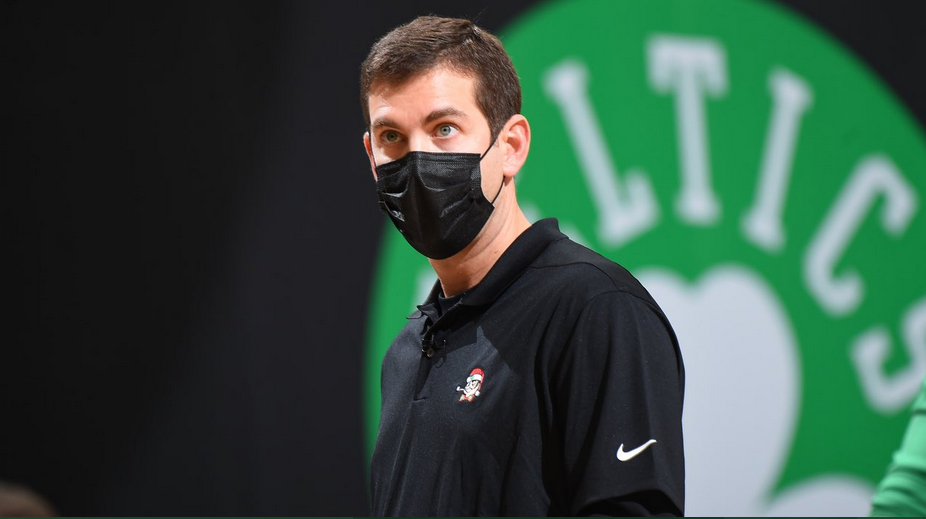 **Throw the grammar out the window we are going to freestyle this!
It pains me to write this blog. I’ve been a Boston Celtics fan since 2000 when Kenny Anderson was still the Point God! Yes, that’s right the dreaded “Rick Pitino” years. I don’t know who the average Celtic fan survived that era.

For me it was watching Kenny Anderson break ankles, Rodney Rodgers knock down corner three pointers, Antoine Walker shimmy, and watching Paul Pierce turn into a legend before our eyes. Watching those heart breaking loses to the NJ Nets in the Eastern Conference Finals you always got a since that the Celtics will get over the hump! You see no matter how bad those Rick Pitino’s years where one thing that we saw as Celtics fans were the heart of the players.

We knew that Antoine Walker would pull Paul Pierce to the side and let him know “stop bullshitting”. Paul more times than not would usually respond. Walk with me here.

A Moment In Celtic History

I remember that moment just like it was yesterday. 2003, I was 16 years old and got cut from the Schenectady High Varsity Basketball team. Yes, the same SHS that gave us legendary Pat Riley. Anyway, that game in particular was a tough fought game for both teams. The back drop of this game for those who do not know the significance.

“At halftime of Game 4 of the 2003 Eastern Conference Quarterfinals, the Celtics trailed the Pacers 48-36. Indiana, led by Ron Artest on defense, helped limit Paul Pierce to just five first-half points.

However, Pierce led a furious offensive charge as he single-handedly abused a flurry of Indiana defenders to the tune of 32 points in the final two quarters. His second-half assault was highlighted by a buzzer beater at the end of the third period in which Pierce went jaw-to-jaw with defender Al Harrington.

Pierce buried both the jumper and the Pacers as his playoff mystique continued to grow.”

One thing I took away from that moment was there was a tremendous sense of pride for those players who wore are Celtic jersey.

Fast forward to present day the Celtics are currently two games below a .500 record. As a result of there horrid play they are currently sitting at a 9th seed. In the Celtics previous game versus the Hawks we saw Gallinari look like he deserves a 200 million dollar max contract. That’s how bad he torched us. No seriously, if you missed the massacre down in Atlanta here are a few highlights.

I would post more Hawks highlights but I think you get the idea. I also do not want to smash my laptop while blogging. Now I know every team loses. I do not think any Celtics fans expected them to go 72 – 0. I know what we didn’t expect them to do is played un inspired basketball against some of the leagues worst defenses.

My frustration built up after the Hawks game. I said what I said…….

I would say pardon my “french” but nah the Celtics are playing like certified ASS! I don’t care If I piss off “Celtics Media” members, or if I ever get a media credential. It needs to be said!

Brad Stevens Is On The Hot Seat

Today Stephen A. Smith joined Max Kellerman on the “First Take” show to discuss the current affairs of the Celtics. This brings us to the Brad Stevens part of the article. You can watch the full exchange below.

At the two minute and 7 second time stamp Stephen A. Smith explains why he thinks Brad Stevens is in trouble.

Danny Ainge alluded to this as well. He spoke to a lack of effort. Let me tell ya something right now in all my years of covering sports anytime an executive speaks about lack of effort that is an indictment against the coach

If you made it this far into the blog congratulations. You must be a die hard Celtics fan. Nice to meet ya! I want to talk briefly about what can be done to save this season.

The Celtics need veteran leadership. Someone that plays with a heart bigger than the largest mountain. Also there are the rules of Karma. We all remember that famous quote from the Color Purple?!?! Well if you need a refresher here it goes “I curse you. Until you do right by me everything you think about is gonna crumble!“. As Celtics fans we don’t want to be cursed right? I thought so!

Danny Ainge needs to have a “come to Jesus moment” with himself.

Are you making a run at the Championship. Or are you developing Jaylen Brown and Jayson Tatum for the next four seasons until “they enter there prime”. As a fan I do not think Danny Ainge has made that clear yet. Why would I say that? Well for the last 3 – 4 seasons the Celtics were in dire need of a legit, versatile center for multiple reason. I have not seen that need addressed yet. Is Daniel Theis, and Robert Williams good? Yes they are! Are both of those players going to get the Celtics out of the Eastern conference as the #1 option in our front court? More than likely not! There are a variety of other moves that Danny Ainge has made that has left me puzzled. I will save those for part two of the article.

In the mean time join what every social media sports group that you are apart of and continue to vent and get your therapy! I usually listen to Guy DePlacido Boston Celtics Game break down to get me through……